From “Benny 11-letters” to Benjamin Orr…

Benjamin Orzechowski was born in Lakewood, Ohio in 1947 to parents who supported his musical endeavors. His family moved to Parma and he attended Valley Forge High School – the same school attended by local TV singer Andrea Carroll. He joined a band called the Grasshoppers in 1964 and was the lead singer and guitarist. In 1965, his group released two singles on the Cleveland based Sunburst label which received quite a bit of airplay on local radio stations. Back then, he was known at “Benny 11-letters” due to the complication of pronouncing his very ethnic last name. The first effort, “Mod Socks” was a take off on the old hit “Short Shorts”, but the second, “Pink Champagne” was actually written by Ben. I remember it vividly and have been playing it for years on TUNEDEX MEMORIES.

The Grasshoppers were a great local success, and became the house band on the Big 5 Show, a musical variety TV show produced by WEWS-TV in Cleveland, hosted by Don Webster. The band disbanded in 1966 when two original members were drafted, and Ben drifted with other local bands 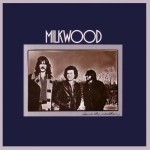 until he too was drafted. A young Rick Ocasek whose family had moved to Cleveland when he turned 16, met Ben after watching him on TV. A few years later, after Ben returned from his Army stint, the two would reconnect in Columbus and book bands for gigs in an around the Ohio State campus. They soon formed a band of their own and played in Columbus and Ann Arbor. The two precocious young musicians moved to Boston in the early 70’s and formed a folk-rock band named Milkwood, which had a CS&N type sound. They released an album in 1973 on the ABC-Paramount label entitled “How’s The Weather”, but it failed to chart. During this time, the pair performed as an acoustic duo and sang many songs that would ultimately be identified with the wildly successful group The Cars. They formed a group called Richard and the Rabbits, with future Cars keyboardist Greg Hawkes. They also started a band with future Cars guitarist Elliot Easton named Cap’n Swing and once again, several of the songs they performed would find their way into a Cars arrangement in the future.  As a member of the Cars, Orr sang lead vocal on some of the band’s best known songs, including their first top 40 hit “Just What I Needed“, “Let’s Go,” and on “Drive“, their highest-charting U.S. single. Orr released his only solo album, The Lace, in 1986, and the album had one top 40 hit, “Stay the Night“. The Cars disbanded in 1988, Ben continued to record and perform until he was diagnosed with pancreatic cancer in April, 2000. A mere five months later, he passed away at just 53. A true Rock superstar and a Cleveland legend, he is truly missed.